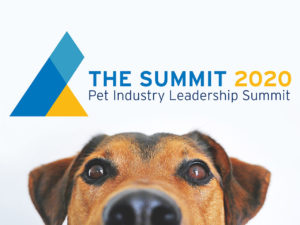 Recently I had the pleasure of speaking about pet industry M&A in front of a 100 or so of my pet industry colleagues at the 2020 Pet Summit in San Diego. While we covered a great deal of ground during my one-hour presentation, one of the main focuses was on whether the robust deal activity and multiples would continue its’ 10-year hot streak. I am happy to say that the answer is “yes – at least for the next few years.”

The U.S. economy is in the middle of its’ longest growth streak in history. Since I started doing pet M&A in 2009, the demand, multiples, and activity for pet companies has been extremely robust. I know this isn’t news to my readers as they likely get many inbound calls a month from buyers or investors looking to acquire or make an investment in their company.

What has caused this unprecedented, continuing demand? A combination of two things: 1. The pet industry is extremely attractive to investors and buyers; and 2. The business environment in general is very strong.

Even during the recession of 2008-2009, the pet industry continued to grow, and has continued to do so every year since. This has led to the well-known adage that our industry is “recession resistant.” In addition, Millennials are now the U.S.’s largest demographic and are willing to spend more money on their pets than any other generation. Finally, investors are always interested in investing in a space with a high degree of M&A activity, which definitely describes the pet industry.

Our current overall business environment continues to shine in the following areas:

• Strong economic indicators: The economy is strong, reflected by low unemployment figures and robust equity markets.
• Cash-Heavy balance sheets: Strategic buyers are sitting on a record amount of cash and are seeking ways to utilize it.
• Significant private equity capital needs to be deployed: PE firms remain under the gun to deploy cash in new investments. There are over 3500 PE firms in the U.S., many of which are facing looming fund deadlines.
• Easy access to debt financing: The market for senior and subordinated debt financing is robust and highly competitive; interest rates and covenant terms remain favorable for borrowers.

Finally, those of us who attended the conference heard economist Brian Beaulieu predict that the next recession isn’t expected until at least 2022, and it will be mild compared to the last one. The bigger recession is expected to hit around 2030, ten years down the road.

So, while no one has a crystal ball here, it’s tough to see things getting any better than they are now from an M&A perspective for the next several years. If a sale is in your future, you still have several years to put the spit and polish on your business to make it most attractive to buyers – a subject I will cover in my next column.