How to Minimize Income Taxes upon the Sale of your Company 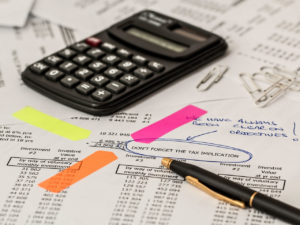 by Shina Culberson and Carol Frank

This month’s column will feature some sage advice from a business colleague of mine, Shina Culberson. Shina is the CEO of Quist Valuation, a premier valuation firm specializing in valuing companies for tax, sale, and financial reporting requirements.

When you started your pet business, you likely had other issues on your mind than choosing the best corporate entity form for an eventual sale of your company. Given the high multiples that are being paid for pet companies, many entrepreneurs are now thinking about an exit. However, tax entity choice (C or S corporation) is critically important. Why? Because selling your company’s assets inside the wrong entity can cost up to an extra 40 percent of your sale price in taxes: an unacceptable prospect for most owners! Operating as a C corporation during start up and growth years allows you to take advantage of lower tax rates but when it comes time to sell your corporate assets, you will pay taxes at the corporate level and then again at the individual level.

Let’s look at an example of how this double tax whammy affects a fictional owner:

After careful analysis, Chuck Ramsey decided that he needed $3 million from the sale of his business (Pet Products Plus). Given that Ramsey’s investment banker valued his pet company at about $4 million, Chuck’s goal was realistic. Chuck anticipated 25 percent capital gains tax (20 percent federal because Chuck is in a high-income tax bracket and 5 percent state) and was ready to sell.

When we reviewed PPP’s financial statement, we noted that there were not a lot of hard assets (meaning most of the purchase price would be paid for goodwill — an asset without any basis) and that PPP was organized as a C corporation. We suggested to Chuck that this entity choice would prove to be a major stumbling block because most buyers would want to buy the assets of PPP — not the stock. As a C corporation, his tax bill would be closer to $2 million.

Chuck was shocked as we explained that the IRS would tax PPP at the corporate level on the difference between the $4 million paid for the assets and the value of the assets. At most, PPP’s basis was $1 million so that tax would be assessed on a gain of $3 million. Because the effective tax rate is approximately 39 percent, the tax paid by PPP would exceed $1 million. When Chuck then personally received the remaining $3 million from PPP, the IRS would impose a capital gains tax on Chuck’s gain. Assuming a 25 percent capital gains rate, Chuck would pay about $750,000 because he had very little basis in the stock. The net proceeds to Chuck were not $3 million but just over $2 million.

If Chuck had operated PPP as an S Corporation or other “flow through” tax entity, the tax bite would have been much different. How can you avoid this tax disaster when you sell your company? Some C corporation owners insist upon a stock-only sale. A great theory, but well over 60 percent of all M&A transactions last year were asset sales, especially for small companies. Restricting your pool of buyers to those willing to purchase stock will significantly limit the number of possible acquirers. And, those buyers who are willing to purchase stock may likely pay less (given the inherent risks — most importantly the wholesale assumption of liabilities that accompanies a purchase of stock) than an asset buyer. The net effect of insisting on a stock sale for a small business will be fewer buyers offering less money – not a very appealing or competitive situation.

Shina Culberson: As the President of Quist, Shina Culberson brings over two decades of financial and valuation experience to her leadership and guidance of the firm. Known for her direct style and laser focus, Ms. Culberson specializes in business and securities valuation engagements for corporate finance, financial reporting and tax purposes. Ms. Culberson graduated with a bachelor’s degree in Economics from Claremont McKenna College, holds the CFA designation and is a member of the Society of Analysts in Denver.