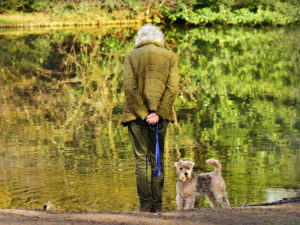 You’ve been hearing the rumors for years about the huge bubble of people born after WWII through the mid 60’s quickly approaching retirement. The Baby Boomers. You’ve probably heard the numbers:

Those rumblings you hear could be an avalanche of Boomer sellers of unheard proportions, crashing headlong into the U.S. economy, covering the business landscape, and suffocating many would-be affluent retirees along the way. Or not. With all those companies owned and assets generated, what could be the problem? Who will purchase all these businesses and what does this mean for Boomer pet company owners?

Some business will sell to employees; a select few companies will be absorbed by private equity groups; some will be acquired by fellow pet companies (aka as a strategic buyer). That leaves the Gen X, Millennials or other Boomers on the “buyer” side of the ledger, an 11% smaller group. And this imbalance between buyers and sellers will continue for the next 15 to 20 years.

But Boomer business owners are not rushing to sell for several reasons. Foremost, they are living longer—an average of 30 years longer than a century ago—and retiring later. Second, why sell your company when you get to work in one of the fastest growing, most enjoyable industries in the world? As an investment banker in the pet sector, one thing I have noticed is that owners truly enjoy working in the pet industry and for the vast majority of people I meet, selling is not at top of mind, which has created a shortage of businesses for sale and kept valuations at a premium. Also, most businesses are not large enough to fund retirement. SBA statistics show that 85% of Boomer businesses have less than 9 employees and 53% had less than $500,000 in revenues.

What about those businesses ready to sell in the near future? 100% of all retiring Boomer business owners will not be business owners forever. The vast majority of these owners have never exited a business before and even though many plan on selling their business in the next ten years, only a small percent have identified how they will exit and even fewer have put those steps in writing.

If you are a Boomer who owns a pet company, what can you do to increase your chance of selling your business for optimum value? Should you get a jump on the plethora of Boomer businesses that are likely to hit the market in the next 10 years? And where would you even begin to start the process?

All of these questions and more will be answered in my next month’s column where I will interview Pamela Dennis, PhD. Pamela is the author of the just-released book Exit Signs: The Expressway to Selling Your Company with Pride and Profit. Exit Signs is about both the tactics of selling and the transitions of leaving your business. It gives you a step-by-step map for selling your business in a way that produces the profit you’ve dreamed about. Her clear and concise advice will help bring you confidence on how to execute one of the most important decisions of your life. Stay tuned!